Menu
Log in
Register
Navigation
Install the app
More options
Change style
Contact us
Close Menu
You are using an out of date browser. It may not display this or other websites correctly.
You should upgrade or use an alternative browser.

After chase stemming from domestic dispute with mom.

So which one of you ASF Trumpers is this? Fits perfectly in the ASF Trumper idiot profile. Steroids, guns, dispute with mom over untidy house space. Temper.
A lot of you idiots called for this now you got it. Many of you Trumpers have posted your guns, say there will be civil war and you are ready to fight plus you spout off your idiot conspiracies and say people need to die.
Then you have a rat owner and other morons giving medical advice that can kill. Yeah, no one is watching this site. LOLs. Dumb fools.

The Warrick County Sheriff's Office (WCSO) says 30-year-old Shawn Miller of Boonville, Indiana, was arrested on Friday after leading deputies on a pursuit that lasted more than 30 minutes and reached speeds of 100MPH.
The sheriff's office says it all started on Friday evening when Miller's parents called 911 and said that he had been in an argument with them at their home and that things had gotten physical.

They said that Miller had attacked his mother after she confronted him about an area of the house being in "complete disarray." The sheriff's office says Miller shoulder bumped her, grabbed her throat, and pushed her up against a wall.
Miller's parents told authorities that during the altercation, Miller was extremely angry and agitated and that he was holding a pistol.
According to WCSO, Miller's parents left the home and met with deputies at a local church. As they were in the parking lot, authorities say they saw Miller drive by, and that when they tried to pull him over, he refused.
The sheriff's office says that as Miller led deputies on the pursuit, he ignored all traffic signs and stoplights. After deputies deployed "stop sticks" in Miller's path, the sheriff's office says Miller headed his truck straight at a deputy. The deputy managed to get out of the way and Miller struck the stop sticks with his left front tire.
The sheriff's office says Miller continued driving on the rim at speeds of 60MPH to 80MPH from Oak Hill Road to South Weinbach Avenue, continuing on Weinbach until he reached the T-intersection on Waterworks Road, just by the Indiana-Kentucky border.
That's where the sheriff's office says Miller lost control and struck a vehicle at the intersection. Three people in that vehicle were treated for minor injuries at the scene.
WCSO says Miller was ordered to exit his vehicle and that he was arrested. They say they found a fully loaded semi-automatic .45 caliber handgun on the seat, and that a second loaded handgun, a Smith & Wesson semi-automatic 9 mm, was found in the center console. Two other fully-loaded handguns were also located in the truck, according to the sheriff's office.
When authorities searched Miller’s vehicle, they say they found many hypodermic syringes, vials containing unknown substances, and prescription pill bottles.
They say they also saw multiple rifles in plain view along with numerous plastic ammunition containers. Additional charges may be filed after the truck is fully processed.
Click to expand...

Whats the steroid brand- I dont know that I have seen that. Sure someone knows.

lifter6973 said:
Whats the steroid brand- I dont know that I have seen that. Sure someone knows.
Click to expand...

idk. I only recognize the AA bottles.

Might have a couple of those research chemicals, allegedly.
W

@Send0 can you move this thread to Steroid News sub? I don't know why I posted this here. Sorry.

@Send0 Can u grab me a sammich after u move this to the proper forum? Thanks!

Flyingdragon said:
@Send0 Can u grab me a sammich after u move this to the proper forum? Thanks!
Click to expand...

Done... and I got the sammich, but I got hungry on the way bringing it to you, soooooo yeah.

@Send0 , I ordered a @Flyingdragon meal at McDonald's today...

The Hamburgler threw mayo on my face and Mayor Mc Cheese made me tell the camera im a star now...

The Hamburgler threw mayo on my face and Mayor Mc Cheese made me tell the camera im a star now...
Click to expand...

Send0 said:
Done... and I got the sammich, but I got hungry on the way bringing it to you, soooooo yeah. 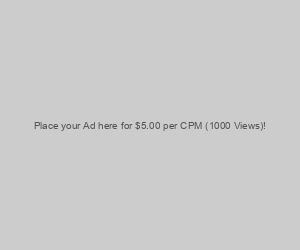